The Tales of Two Cats

I have two stories about cats to share, one heart-breaking, the other heart-warming.

On 4th December 2015 at 10am there was a knock on the door of my house which is in a cul-de-sac in Orton Northgate. I opened the door to a young woman who was clearly in some distress. "I'm sorry to disturb you, but there is a dead cat in the road and I can stand to just leave it there", she said. I craned my neck to look down the street in the direction she was pointing, and could just about make out a black shape in the road, with cars swerving to avoid it.

While my partner and a another gentleman from a house further down the road gently removed the cat from the street and washed the tarmac, we knocked on doors to see if we could find the cat's owner, but without success.


I own two cats. I know how I'd feel if one of them simply went missing without explanation. So rather than call the council right away, my partner and I drove with the cat to our vet in the hope it might have a microchip with details of the owner. The vet was very caring and saw us right away without an appointment. Unfortunately, the cat was not microchipped.

Earlier this year, a new law was put in place that requires all dogs be microchipped. However, the law does not currently extend to cats (although I believe it should and I have signed a petition to Parliament in the hope of addressing this). You may think that you cat doesn't need microchipping as it never goes anywhere. However, it's those cats that never go anywhere that are least streetwise and most likely to be involved in an accident if they do stray into the road.


I really wanted to find the owner before calling the council. Unfortunately, this hadn't been possible so I had no option but to call the council to ask them to collect the cat from me. The council workers arrived within the hour and treated the matter very sensitively. I told them that I was sorry they had to deal with things like this and they said that, unfortunately, it's a common occurrence in Peterborough.

The following day, I put notes through the doors of several of the houses in my street asking anyone who had lost a black cat to get in touch with me. Thankfully, this solicited a quick response from the owner and I was able to tell him what had happened on the previous day. It wasn't a conversation I'd care to repeat but I felt very relieved to have been able to tell him what had happened to his cat, as dreadful as the news was for his family. If it had been one of my cats, I know I'd have been very grateful to know what had happened.

The cat had been run over (and died instantly) in a hit-and-run incident. It was clear from looking at the aftermath that it had been hit by a large vehicle, such as a delivery van, and dragged some distance. Whoever hit the cat must have known what they had done, as it was obvious from tyre tracks that they had driven past the scene to leave the cul-de-sac shortly after the incident happened. In the UK, if your car hits a dog you are compelled by law to stop and report it. However, cats are not included under this legislation. A petition is calling for the law to be changed to include cats.

One would hope that whoever was driving the van would have realised that stopping was the right thing to do. Sadly, it appears not.

Delivery drivers work to very tight schedules, and as this was just before Christmas the driver must have been under great pressure. Even so, driving without care and attention in our residential streets is not acceptable. What if this had been a child? There is a children's playground at the end of the cul-de-sac so it is even more important that delivery drivers take greater care than this when visiting our neighbourhood.

So what can we do to prevent this from happening again? Clearly, drivers need to drive with greater care and attention on our residential streets. If you're driving fast enough to run over a fit and healthy cat in a cul-de-sac your either driving too fast, not paying sufficient attention or both.

Peterborough Green Party supports a campaign called '20's Plenty' that aims to encourage drivers to slow down in residential areas, particularly around schools and other areas where children congregate. There is no expectation that drivers will all slow down to 20mph, but the hope is that seeing the signs will remind drivers that residential areas are not motorways and that it's all to easy to knock down a child or animal when you're going too fast in a built-up area.

What do you think about this? Would '20s Plenty' make a difference to the road safety in your street? 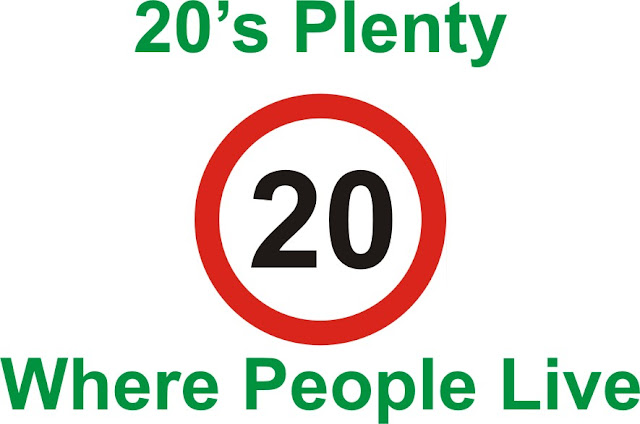 Let's finish this post with a heart-warming story, that serves a as a reminder of how wonderful our community in Orton truly is.

Orton Southgate has an active residents' association and a Facebook group where residents share information and post messages of concern. It was about 10pm one evening in April when I spotted a call for help. A lady living in Orton Southgate had discovered a cat behind a shed in her garden that appeared to be lost. The usual advice if you see a cat that you believe may be missing from home is to leave the cat where it is but give it access to water. Put posters up in nearby streets and put messages out on social media in the hope the owners will recognise the description of the cat and come to collect it. Cats roam, and in many cases will find their own way home.

This particular cat had been seen near the shed for a number of weeks, however, and it was quite clear from its behaviour that it was truly lost. The lady who had taken the cat in was unable to keep it overnight due to having other animals so was asking whether anyone could look after the cat prior to it being taken to the vet the following day to scan for a microchip. I dug out a cat basket from our garage and made my way over to the lady's house and collected the cat.

The cat was a real sweetie, a female not much more than a kitten really. She was no trouble and enjoyed a restful night with me. I posted information about the cat onto some local Facebook pages in the hope that someone might be looking for her. One of these was the fantastic Orton Sellers and Stuff.

The following morning, we took the cat to the vet. Unfortunately, no microchip was found. We were wondering what to do next when a message from another resident appeared on my phone. A family had lost a cat that fitted the description that I had posted. A picture of their cat was attached to the message. It was immediately clear that this was the same cat!

A short time later, a gentleman arrived at my home and before even seeing the cat or a picture of it he described it very accurately to me. He also showed me photographs of his missing cat on his phone. There was no doubt at all that this was his cat!

And this is the amazing part of the story... the cat, which was only 8 months old, had been missing for THREE MONTHS from an address in Orton Malborne THREE MILES AWAY! Where on earth had she been all that time? And how had she managed to travel so far from home, over at least two very busy roads?  It turns out the family had put 'missing' posters up in their area, but who was to know the cat would have travelled from Malborne, through Goldhay, through Southgate to finally end up in Northgate!

The family took the cat to the vet and apart from a few tics (that fortunately had not transferred onto me or anyone else!) she was found to be in good health. But what a story she could tell!


What a lovely example of a community pulling together to reunite a family with their beloved pet.

Please microchip your cats and make sure the information held on the microchip company's database is up-to-date. Microchipping can't protect them from accidents or from going missing. But when a cat is found, a microchip means it can be reunited with its family sooner rather than later.

Any vet can microchip your cat, and a number of animal charities, such as Wood Green, can also help. Microchipping is as important for your cat's welfare as food and shelter, so if your cat doesn't have a microchip yet, please get it chipped today!


Posted by Councillor Julie Howell at 13:48 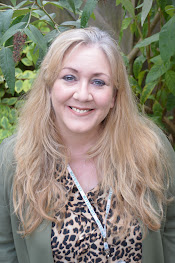